toddler being gentle with baby 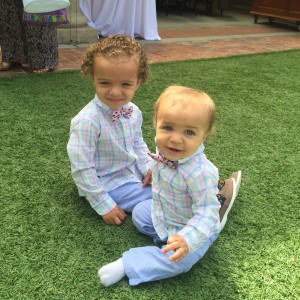