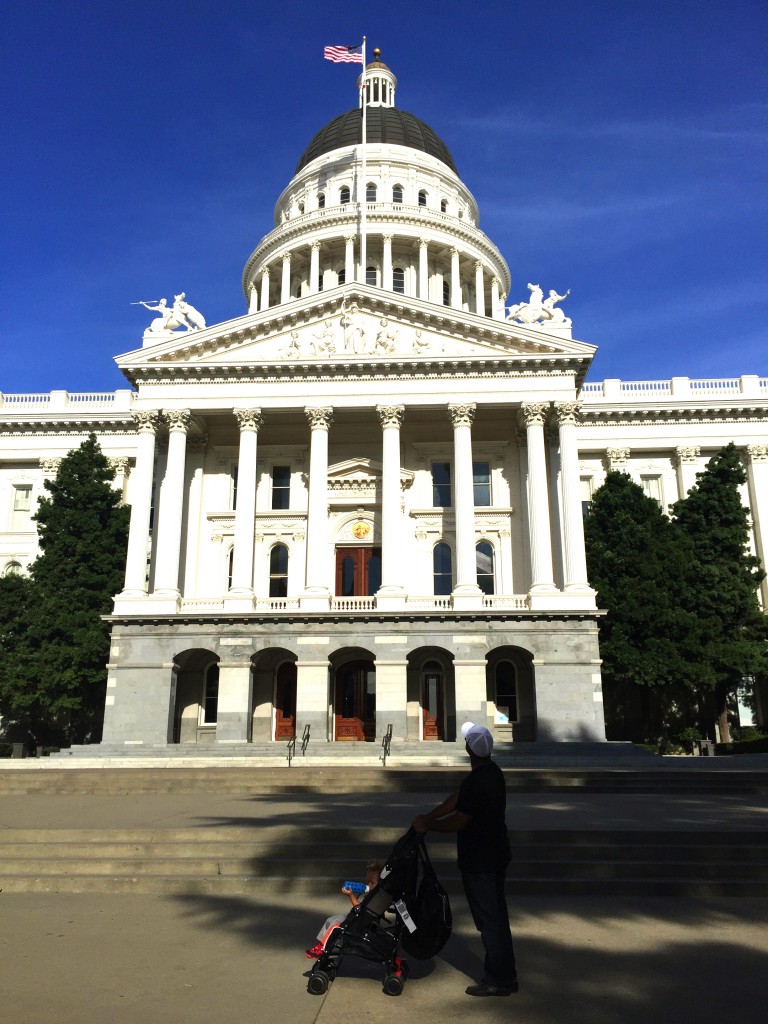 When I used to work on private jets, there would be years that I would spend every holiday – with the exception of Christmas – in a foreign city. I’ve spent New Years in Johannesburg, Easters in Riyadh, Valentine’s Days in Paris, and Thanksgivings in Tokyo, among a slue of others. (My all-time favorite was spending St. Patrick’s Day in Dunedin, New Zealand. As far as I’m concerned, Dunedin owns that holiday – outside of Ireland, of course.) I can’t help but laugh as I remember thinking how I needed to get the ‘travel bug’ out of my system before settling down and having kids. Little did I know, things wouldn’t be so different!

This Father’s Day was quite similar to the past several… we were out of town. Three years ago was Chicago. Two years ago was New York. Last year was Florida. And this year we found ourselves in Sacramento for a comic con gig that Alfonso booked. Fortunately, we were able to join Alfonso on his work trip, allowing us to spend Father’s Day weekend together. (The only one missing was my stepdaughter, Sienna, who is still in Nashville.) The trip also served as our first flight with a toddler and an infant. I’m happy to say it went considerably well, as it was much easier than we anticipated. The only glitch I experienced was coming to speed with a new baby carrier. If only the straps, buckles, and snaps were the same for all of them!

Despite Daddy not having much free time, we certainly made the most of the little time that he did have. We were able to meet up with him during his lunches, enjoy a nice pre-Father’s Day dinner (during which we were complimented on our well-mannered toddler, who was uncharacteristically quiet and sat in his booster seat during the entire meal! We kept wondering, who is this child and what did he do with our high-energy, never-can-sit-still son?), order room service for some Father’s Day morning breakfast in bed, and take a family stroll around the impressive Capitol building downtown.

Even though it’s a common theme for our family to be out of town for Father’s Day, as well as with several other holidays throughout the year, we still try to uphold and create our family traditions while on the road. (Note: We are always home for Thanksgiving and Christmas, as I won’t be referring to the traditions we have for those holidays.) We’ve been successful with some traditions while traveling with my stepdaughter and now my boys, and unsuccessful with others. The ones we seem to have the most success with include:

Please feel free to share any family traditions for Father’s Day (or Mother’s Day, birthdays, etc.) your family enjoys that can be implemented while traveling. I’m always up for some new ideas in this department!